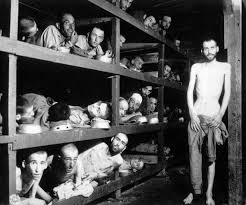 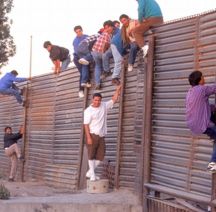 THOSE LLEGALS ATTEMPTING TO BREACH THE AMERICAN BORDER ARE BREAKING U.S.LAW.THEY KNEW ALL TO WELL WHAT WAS GOING TO OCCUR .THEY PUT THEIR CHILDREN IN HARM’S WAY IN A POSITION TO BE TAKEN AWAY FROM THEM.THESE ARE GOOD PARENTS?  DOES ANYONE THINK THAT THEY SHOULDN’T HAVE BEEN SEPARATED AND FACED INCARCERATION WITH OTHER ADULT PRISONERS?

JUST WHERE WAS THE OUTCRY WHEN OBAMA WAS IN OFFICE AND THE EXACT SAME POLICY EXISTED?

The Holocaust victims were not law breakers they were stripped naked , then  while still unclothedd were paraded  around for the amusement by Nazi Thugs. Next Step they had their heads shaved,  Tattooed with a number like cattle branding,  Starved,  Beaten used as Slave labor an eventually Gassed to Death and then made into Soap and Lamp Shades.. This is what the Media is making comparison to those arrested at Border to?  Shame on those who dare to draw any similarity in order  advance their  political  agenda

Each and everyone jumping the border are not refugees but shroud and clever schemers and conivers out to beat the American immigration system. Send them all back as it sets a bad precedent if we  allow any of them entry.  We are witnessing News Reporters and Politicians feigning sympathy complete with  tears  (Although I’d bet from an onion moments before air time) worthy of an Academy Award Emmy.

Anyone entering The U.S. Border must be vetted.There are literally tens of thousand’s coming in to our border daily.

Just how many ICE and Border Agents do we have available to vett these illegal immigrants at the present time? 100?   300?  500? ..We will need  thousand’s yes thousand’s of more agents that we do not have and it’ll  take over 20 years  to process and vett all of them ..In other words we can no handle that much case load in any way shape or form.

Those protesting supporting this illegal border crosses are trouble makers ripping apart the very fabric of our Democracy.  Among these protesters professional paid agitators hired to stream up the crowd and garner more support  for their cause.

Those malcontents now being led in the direction to hate Trump are being manipulated like sheep.

We are a witnessing an unprecedented level of hatred and disrespect leveled toward Donald  Trump with veracity the likes we have never seen  before .What exactly did Trump do to deserve this level of unprecedented rath hurled

The mainstream press is showing those immigrant children but avoid showing the  big strong strapping young men tattooed from face to toe.

Want open borders?  How about anarchy as well ? Then get real what do these Liberals think that America have a forest of money trees to pay for the benefits they will be receive?

How does that grab the American born and raised citizens regardless of Ethnic or Racial background who will live out entire lives after graduation paying back those college loans?

With this cornucopia of freebies it’s as if they won the lottery.

All these selfish politicians supporting these border crashes are attempting to do is to create a permanent class of new  voters indebted to their party for free benefits at Mr. & Mrs.Taxpayers expence.
Wake Up and Smell your payroll taxes going up and working till your 75 to collect your SociaL Security Retirement benefits.

A Moritorium On all Immigration To The U.S.A « The Lerman Report®/

Any And All Immigration To The U.S. Right Into The Army « The ./

IllegalImmigrants Or Non Citizen Green Card Holders Have No Right …/

WORLD HITS ON THE LERMAN REPORT THIS QUARTER… ENDING … 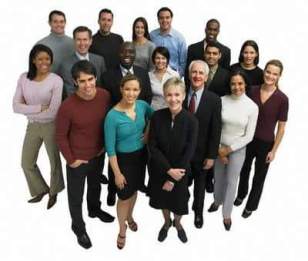