The Yiddish Accent Still being Made Fun Even After Those with that Accent died off 40 years Ago. Those who spoke English with an Yiddish accent came to America pre World War II for the most part and for TV Commercials To Keep this accent alive is outrageous. Nobody born in this century ever heard  an east European Jew talk. Italian ..German & Irish accents will always be around since the host country still exists with their mother tongue.However Jews do not have that option since the pale of Jewish Yiddish speaking settlement in Eastern Europe no longer exists. To make fun of that accent to day is shear  Jew Hatred and perpetuates a stereo type and  helps keeps  Anti Semitism alive.

Why not cut some funding from the U.N, WHICH IS ANTI American , a hot bed of international spying  and drugs come in unabated under diplomatic poach, who needs it in N.Y. anyway  all it does is tie up traffic and create a security nightmare . We at the Lerman report say cut just 1/10 of 1% and we can fund the 911 memorial  without charging admission, its like charging admission to a cemetery .not right./end 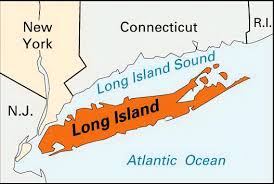 4. GASOLINE PRICES HIGHEST IN THE NATION

6. .BUSINESS LEAVING IN DROVES , FASTER THAN NEW BUSINESS; STARt UP

8 COLLEGE GRADS MOVING AWAY FROM l.i.

*ENOUGH NEW  SCHOOL   TAXES , LET THEM FIRE SOME HIGH PRICED ADMINISTRATORS. SET A PRACTICAL BUDGET AND LIVE BY IT AND STOP  THREATENING THE PUBLIC ThAT YOU’LL CUT SCHOOL PROGRAMS  , CUT SALARIES  GET RID OF TENURE

* CIVIL SERVICE EXISTS TO SERVE PUBLIC   AT ONE TIME IT WAS JUST A SECURE AVERAGE PAYING JOB WITH A PENSION . TODAY SALARIES HAVE HIT THE ROOF  , WHEN INTEREST RATES WERE 18% PENSION PLANS WERE MADE BACK IN 3 Years now at 1% pensions are breaking the government

National GRID JUST SENT ME A BILL FOR DELIVERY OF GAS FOR $19 AND I USED NO GAS THIS MONTH, OUTRAGEOUS !

There is  a hidden agenda in  T.V. commercials .

You don’t have to agree with it but its there .. remember the Energizer Bunny ” a commercial within a commercial ? Well its here again only in a stealth way ..example the clothing industry wants top push woman dresses instead of pants , so every commercial shows a woman in a dress or skirt, even if its for a non related sales item…It’s almost like a subliminal cut. More and more interracial couples are being shown is

Is this their goal of the way of the future to evolve?  Is this their plan to ease racial tensions in this country .. Remember it only takes 1 generation to change the racial  consensus in the nation.

Thirdly a campaign is on to change the way non mid westerners speak..key words are worked into commercials such a water pronounced whater often with the”t’ . get the picture .. watch for yourselves and see if you agree./end

And while your Here don’t forget to visit the Archives!