Each and every citizen Should  write their congressional representative and urge them to enact a 4 day work week  , just 10   working Hours  a day  for 4 days  Its  about time  just as simple as that!

Jewish Liberals are making shmucks out of themselves . for a lack of a better word when they attempt to break the  the Israeli Naval Blockade  of Palestinian ships. the world is laughing  at them as they make big Shmucks of themselves, the Arab nations all 22 of them  doesn’t even have Israel  on the map on text books, the Jews  from The  U.S. U.k.     and   other points should mind their own business and retreat from the area .end

AND DON’T FORGET TO VIEW THE ARCHIVES ! 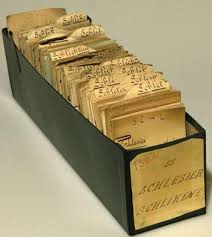 Who needs a  Public library today when nearly everyone has access to a computer? Municipalities spend a fortune to stock and maintain the present libraries.  There is no longer a need for ” Brick and Morter Buildings serving as libraries”  when we have computers at our fingertips..end

Now that the summer  call for electric has subsided with the up﻿coming cooler weather Nationwide utilities have began to raise rates  across the country, Home heating fuel will most probably will increase to if we see an increase in diesel fuel at the pumps and a dime a gallon for a winter additive in gasoline prices. This is nothing  but a massive  shakedown by  the utility companies  and big oil, what is means is no hope for a turn around in the economy for along time ..end

* Pictured Don ”Moses” Lerman
Back in 2001and 2002 I sent nearly every food pervision company , every dairy company butter producer and all hot sauce manufactures a 25 page portfolio about myself as a competitive eating champion and the new burgeoning sport.They were all sent returned receipt requested , so I know that they received them , and almost each and every one has stole my idea ‘ my interlectial property” so to speak ,and that’s a shame , give credit where its due , invite me to an event let me be a spokesman ,, but don’t trample on my good will. I made theses portfolios when the sport was new and fresh on the scene , it seems that and I’am not being given any credit for my efforts and thats not right..end 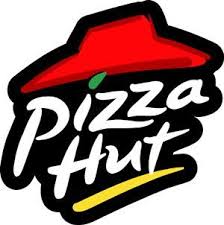 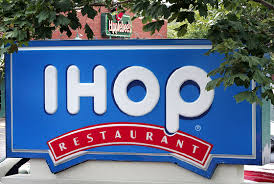 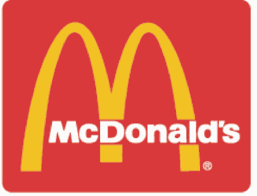 I remember when all restaurants were ”Mom & Pops” that is privately owned and operated. sadly with rents going up the only ones who will be able to afford the high rents are the national chains, how sad.In one way its good I can travel to Oklahoma’ city and walk into an IHop and no what to expect.The overall quality is way down , its the dumbimg down of Americans taste buds. I remember going  into a luncheonette in N.Y. and getting a great hamburger not the crap at they serve in Mcdonalds or Burger king.I would rather take my chances on an unknown eatery than dine at The olive garden. Eventually that’s all that there will be .I always tell stories to my nephew  how great restaurants were in the 50’s , he don’t agree says I don’t know food, well I do I predict in 20 yrs there wont be a Mom&pop Pizzeria or lunch or dinner Establishments , with the exception of Chinese take outs and sit ins ( they seem to have a sort of indentured servants who live with the owners , you and I could never open up a Chinese take out and afford the chefs they can. Home cooking is becoming a lost art, thats another story, but in the future where will people go for a great meal? ..end..Don Lerman

The Wall Of Fame

Oliver: Food, Glorious–OPEN LINK IN  NEW TAB TO HEAR ONLY- 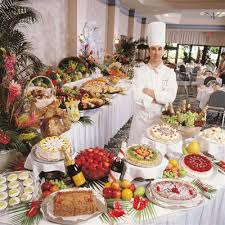 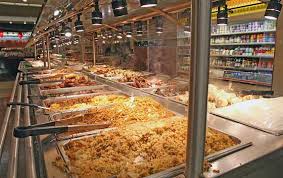 The Buffet as we know it today evolved from the Swedish Smorgasboard, however the Smorgasboard was cold fish (Herring, Smelts Smoked Salmon etc. on ice)Around 20 yrs ago when the Chinese buffet came on the seen, it was originally referred to as ”Hot Smorgasbord”. The catering halls always had a Hot and cold Smorgasbord at weddings and Bar Mitzvahs, . Every Jewish family int he 50’s and 60’s had a family circle and always had a buffet , hot chaffing dishes containing every specialty dish except soup . I remember my family’s Cousins club(family circle) the meeting rotated monthly from member to members house and each family tried to out do the other in the spread they would put out.Supermarkets and many places in the city have a buffet but you pay by the pound , the food is weighed after you plate it up.Today we have the Indian buffet a limited variety ,a collection of 8 or 9 fancy crock pots of great tasting curry dishes that you ladle over rice .I wonder what ethnic group will have an all you can eat buffet next years ago a few cafeterias had all you can eat , but it was served by mess man, one place like this that comes to mind is the Horn and Hardarts wild west room(1965-66). in closing i’ll just remark ”all you can eat buffets…what a concept!” …Don Lerman

If the growing and sale of tobacco products are legal then one should be allowed the right to light up any where in public . The government says tobacco is bad for you and no one argues that point but smokers are being made pariahs  while the government reaps a tax windfall . Either ban the growth and sale and distribution of tabbaco products or let the smoker be .end

The U.S should start billing our allies for us protecting them, Japan is now one of the most richest of nations.Allthough they have no natural resources yet they grew filthy rich because the U.S. pays for their defense.Plus they refuse to open their markets to US trade ..this must stop ! Our serviceman fight for Iraqi freedom and how do they repay us by raking us over coals for a barrel of oil.

That’s obscene it’s not descent. it must stop.

The  U.SA  will has to tighten their belts while the NATO countries and Japan live high on the hog . Yet they hate Americans and bites the hand that feed them .We keep on giving millions in foreign aid to countries that hate us don’t support us at the UN while our cities are in dire need for cash and we can’t help them out. time to wake up.