What is a Ding you say? well its a small dent from some schmuck opening his or her car door against your car with  great force and disregard for your car. There is a law in many New York Municipalities as to how many car stalls can be painted in a parking lot , and it’s almost always not enforced, hence the other guys car is  parked to close to yours and  WAM! you get a ding. Today the gauge of metal on the car doors makes  it very inviting for a ding.

I feel its worst than a big dent, at least with a big dent you can use your collision or comprehensive eon your insurance  policy ,with the ding or on your own , howsoever there is a  contraption called ”Pop A Dent” or ” Ding King” that may or may not get the ding out with good results , for More professional results there is an outfit called  ”Dent Doctor” for around  $150-$230 a ding or as many dings on a panel. I  had 4 dings removed from my car . 2 on the front passengers  door for $250 for  1 on the front drivers door a done by my gas cap for$150 all not covered by insurance. If the paint is damage dinging the car , the ding  can be removed , but you will have a missing section of paint.In that case the whole entire door must be repainted. What we all should do is write each and every Auto Manufacture and demand that the gauge of metal be of a stronger or some kind of ding profs panel be made like the old Saturn’s or Fieros which were fashioned from a  Dings proof panel on a space  frame . It breaks my heart when I see a Ding my car, I always park it far away in the lot and walk a great distance to the store to avoid getting hit but i still get  dings. end.

Anthony Pasquale Ruggiero lived a life committed to full bellies, whether it was customers at his Lake Grove deli, seniors in his meals program, or volunteers battling wildfires in Suffolk County, his family said Sunday.

“He loves to feed people. That’s his thing,” his daughter, Denise, ofNorthport, said. “He worked really hard all his life, woke up every morning and worked 15 hours a day.”

Ruggiero, of Head of the Harbor, died at home Saturday after a struggle with diabetes. He was 67.

He underwent two kidney transplants, was legally blind and used a wheelchair, but he still worked full days at Zan’s Kosher Delicatessen in Lake Grove, which he owned for nearly 30 years with his brother, Pat.

The brothers fed about 800 seniors a day through meal distribution programs with the towns of Smithtown and Islip and through the deli’s Supper Club 60, which invited seniors to the establishment for discounted meals. They also aided the Red Cross in feeding first responders during crises, such as wildfires.

Sunday was Pat Ruggiero’s first day at the deli without Anthony.

“It was very difficult,” the Port Jefferson resident said. “When you spend day after day with a person for so many years, it becomes a part of your life and you wonder if maybe they’re just out sick and might be back tomorrow.”

Anthony Ruggiero was born in Brooklyn, graduated from Midwood High School in the early 1960s and served in the U.S. Army from 1965 to 1967, based in Frankfurt, Germany, his family said.

He worked as a meat courier before opening the deli.

His business wasn’t without challenges. He clashed with Smithtown officials in 2000 after pulling out of a contract to run the town’s beach concession stands.

Nevertheless, he inspired many with his dedication to the deli, despite his medical condition. “He had a lot of physical ailments, and he did it on sheer will,” his son, Anthony, of Franklin Lakes, N.J., said. “He had a gruff exterior, but behind it, he was a real softy with pure heart and pure drive.”

Ruggiero met his wife, Nilvia, in the third grade at St. Rose of Lima in Brooklyn, she said. “He threw a rock at me, that dirty rat, but we’ve been laughing ever since,” she said of their 46 years of marriage.

The couple spent Anthony’s last night baby-sitting their grandchildren, whose mischievous ways had him chuckling. “At least he died laughing and dreaming about his grandchildren,” Nilvia Ruggiero said.

In addition to his wife, daughter and son, Anthony Ruggiero is survived by three grandchildren.

His wake will be held at Moloney’s Hauppauge Funeral Home Tuesday and Wednesday, and his funeral will be held at Sts. Philip & James Church in St. James on Thursday. He is to be buried at Green-Wood Cemetery in Brooklyn.

CLICK ABOVE OPEN LINK IN NEW TO TAB TO LISTEN

#3 things that must be

in place before any recovery in the Recession

#1. The federal Reserve must increase the interest rate , why should we get 1%in our passbook savings account and the banks on  credit cards get 25% on late charges , that borders Useary.

plus the pensions are breaking the back of every municipality State  government.before  when  it was 18% interest the pension plans made their investment back in 3 years now they never can play catch up its driving governments int a hole

#2, Big   Oil must be reeled in now , with the threat of  nationalization or levy’s that cant be passed on the to the consumer.

#3. The  AMA and every medical insurer must be told the facts of life visa via fraudulent and over priced billing. every one can’t go on medicaid  who then will pay for this fiasco the medical industry has wrought upon us .

these are the 3 items that  must be addressed and it must be a bi-partision effort.

CLICK OPEN LINK IN NEW TO TAB TO LISTEN

Afghanistan, Time For U.S. Troops  To Leave that country for good, and let them fend for  themselves , Training the Army and Police in Iraq and Afghanistan  sounds good on paper in theory its sound , but just ask any returning serviceman for that region  and they will tell you that the people of those countries hate the U.S, and don’t want us there. The Heroin comes  into the west from the Poppy fields unabated from Afghanistan, nothing has changed lets use diplomacy , sanctions  carpet bombing but pull up all the ground troops , let the CIA and Navy Seals hunt down any future Taliban leaders as they did Bin Ladin,  but lets leave and have no more US. or our Allies blood shed, end 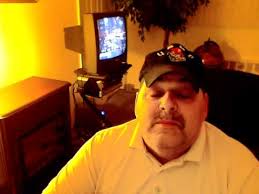 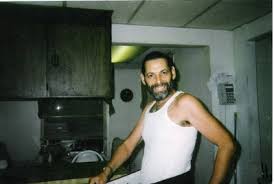 WHAT EVER HAPPENED  TO THE OLD STYLE CANTONESE CHINESE RESTURANTS IN N.Y.?  YEARS AGO IN NEW YORK IN WHATEVER NEIGHBORHOOD YOU WENT TO , THE FOOD RECIPES WERE IDENTICAL FROM  BENSONHUST TO CANARSIE TO FLATBUSH FLUSHING AND SO ON . WHAT WE HAVE TODAY IS SIMILAR RECIPES BUT EVERY RESTAURANT IS A CRAP SHOOT , WHAT  YOU HAVE IN ONE PLACE LETS SAY KUNG PO DING ( SPICY CHICKEN WITH PEANUTS)MAY AND  WILL TASTE DIFFERENT IN ANOTHER PLACE .

MAKE NO MISTAKE ABOUT IT THE CHINESE FOOD YOU GET IN TAKE OUTS AND SIT  IN RESTAURANTS  IS NOT AUTHENTIC CHINESE ETHIC FOOD , BUT THE WORK AND CREATION OF THE GREAT CHINESE AMERICAN CHEFS FORM OLD TIME CULINARY SCHOOLS, TODAY THERE IS NO  LONGER A CENTRAL CULINARY SCHOOL AS  IN THE PAST.

THE OLD TAKE OUTS IN THE 50′S HAD SEATING WITH BOOTHS AND YOU COULDN’T  SEE THE KITCHEN TODAY THEY HAVE AN OPEN PERFORMANCE  KITCHEN AND THESE NEW TAKE OUTS WHERE STARTED BY IMMIGRANTS FROM HONG KONG THE FOOD THERE ALWAYS TASTED DIFFERENT IT WAS NEVER AS GOOD  AS THE OLD CANTONESE PLACES , WHICH GAVE YOU WHITE GLOVE SERVICE CHAMPAGNE AT A BEER POCKET BUDGET.THE CHOW MEIN THE MOO GOO GAI PAN  THE SHAR SHOO DING IS ALL A  THING OF THING OF THE PAST , HOW SAD PERHAPS SOME CHINESE RESTURANTS OPERATORS MAY READ THIS BY LINE AND BRING BACK THE TASTE OF OLD.

Retailers And Jews are Either,Ashamed,Reluctant, Afraid or Hesitant to Label Retail Food Jewish.Instead they choose what they think is more palatable  name “New York” as in a “New  York Bagel” as apposed to a Jewish Bagel, or New York Style Deli Instead of Jewish or kosher  Deli

I think manufactures are afraid  of an Anti Jewish rejection of their product when it comes to a Jew labeling their product.Howeve it shows that they have no respect for themselves .When I see a Bagel Commercial  and they refer to it as a New York Bagel as instead  of a  Jewish one it upsets me that they are trying to De Judai6se that product and that’s not right.  Italians always refer to their Pizza as real Italian Pizza not New York style . Jews should do the same . I happen to believe that give time the public and  even the most ardent  hard core Anti Semite will accept a product labeled Jewish/ end