Wake up to reality of today the Democrat Party of today is no longer the party of your Dear Old Departed Bubby & JFK…only the name remains the same.It has been  usurped with a new bunch of radical left wing Anti Jewish & Anti Israel followers.They no longer share Jewish values anymore.For All the years that Jewish people were among the most loyal of Democrat party voters in the end they get the old perverial kick in the pants.

Time for today’s Jews to leave the Democratic party.The Jews of old had a special relationship with the Democratic party. The old pre WW1 Jews who were foreign illiterate factory workers swore by the Democratic Party. There was always a Party Leader in the neighborhood in the 1920’s to help them out….However lets wake up and face reality this doesn’t exist anymore.

The Pathetic Sad Reality Below

The new arriving freshman members of congress are Anti Semitic such as Palestinian American Rashida Tlaib who’s  first act was to accuse Jews of not being  loyal to this country.Along with her cohorts Alexandria Cortez and Bernie Sanders they’ all remain  vehemently anti Israel.This has to be a wake up call..its, almost like 1938 Nazi Germany all over again.

At each and every  Democrat campaign rally you need not have to look far to spot the Anti Israel placards being hoisted high 8clamoring for a 23rd Arab Nation And the end to Israel.Now We do advocate  that  you give 100% approval in every Republican issue..I know that I don’t but in balance they are pro-Israel and not Anti Semitic..The Democrats including Senate minority Leader Chuck Schumer and Speaker of the House Nancy Pelosi seem unperturbed by this new rash of Anti Semitic Lawmakers.This is not free speech it but is hate speach.The new “Squad “of Congressional freshman  are crapping on Jews and Israel and that’s seems ok with  the Democrats…shameful. 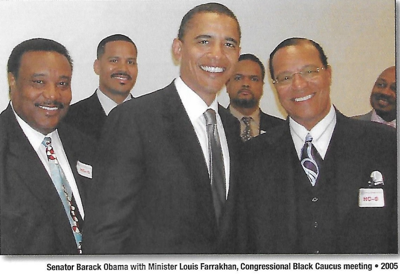 Well those days when The Democrat Party was in Israel’s corner are far gone. Once the senor Jews pass on  and by senor Jews we ate talking about  those 80 and over there  will not  be  a liberal voting Jew around. So Mr .& Mrs. Jew if you haven’t  yet switched already to Republican do it now.

Jimmy Carter No Friend To Jews

THE LEFT IS RIPPING APART AMERICA SEAM BY SEAM.. – THE LERMAN REPORT/

SYRIAN REFUGEES WILL TIP THE BALLOT BOX AGAINST … – THE LERMAN REPORT/.

who Is Alexandria Ocasio-Cortez, the Pro-Palestinian Socialist Winner

Europe Got Muslims for Jews | The Brussels Journa