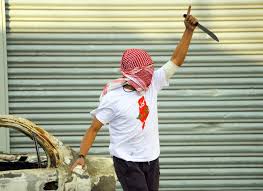 Its   outrageous to compare  the Israeli treatment of Palestinans to Nazi treatment of Jews. First of all the Jews in Pre ww11 Germany were not engaged in terrorism or any form of arm struggle against  their host country..all they wanted to be good German citizens  period. To even think that  thought in the same breath is beyond the pale of decency.

We at the Lerman Report Have been reading on facebook and You-Tube The most vile  desrepectful rants of anti Jewish retoric ever spewed, not neccesaraly coming from Arabs or Muslims but from bigots and Jew Haters of all persuasions .  While there are 22 Arab nations and 30 additional Muslim nations there is however only one Jewish nation and  as of now Jewish recidency in Euroupe is quickly coming  to an end as Jews look to pack up and immigrate to Israel.

When we read that World Leaders are outraged and pressure Israel to stop Building settlements in the West Bank but cast a blind eye to  the Stabbings of innocent Jews it’s  beyond  being uterly outragious. The Mainstream press was quoted as saying that lack of hope is fustrating to the Palestians and that excuses the stabbings..you know whats  fustrating? We’ll tell you it’s when two young children witness their Mother being stabbed to death right in front of them and the world sits idlely by and  says nothing.

When Israel handed over Gaza in as a prelude to further peace.The Palestinian  Leadership received a massive most generous international aid package…They were destined to become the Hong Kong of the Middle East.However instead of investing in Factories ..Schools and other infrastructure they chose to build Tunnels to murder Israeli’s while they sleep and to purchase massive amounts of Rockets.

How can Israel go to the peace table when this  Hatred  toward Jews is being instilled and encourage in Arab homes and in U.N.funded and run Schools.  Israel  relinqueshed the Sinai , Gaza and Part of the West Bank  as a prelude forfurther peace… Instead it the terror still continues unabated . The Palestinian leaders are inciting violance and hatred And its no secret that many Palestinians and their allies are saying that  a 2 state solution is just  a stepping stone to destroy Israel alltogether  . For Isreal to return to 1967

Why is Israel being asked to dismantle the Jewish Settlements …even if that portion of the West bank  is ever handed over to the Palestinians why must any future Palestinian Nation be deviod of any Jewish recidancy ..and they are pinning the term of an  arparthied state  on Israel…  please don’t make us laugh by insullting our intelliance with that  hipocritical lopsided double standard.

We will say this much if you throw a Molitov Cocktail or  Rock at a Police officer in Paris, London or New York do not expect the officer to stand by idlely and do nothing  .. Make no mistake about it they will come down hard on you and its no different when it occurs in Isreal as they attemp  to maintain peace and law and order.

Palestinians  really want any Jewish State in the region if it were only  1 inch wide just turn on your TV. set or pick up any news papper and see for  yourself .. No one us off limits to their raon if terrorism..Not kindergarten children,not elderly well chair bound Individuals such as Leon Klinghoffer thrown overboard while on a Cruise ,Tunnels to sneek into Israel at night to murder Jews while asleep to bombomg indiscriminately indiscriminatly in the market place by a crazed suicide bomder and they okay Nothing is iff limits to their terror

The dead Jewish Souls cry out to the Israeli leaders not to capitulatie to them make sure that we don’t die in vein./end