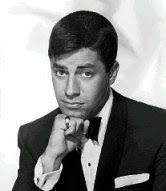 MDA Lets Jerry Lewis Exit Like Chump Instead of a Champ, Instead of letting Jerry Lewis come on   stage and exit and walk away and say goodbye to his fans like gentleman  that he is they left him off the preceding s and made a token  acknowledgement of his service to MSD over the years

We at  The    The Lerman Report . Com say that was not enough  and it was a lack luster praise for the lack for a better word for his  years as MDA Host .We held off criticizing untill the telethon was over  so not to  effect the charitable contributions of the  Telethon.end

* While your here  visit the rest of the Lerman Report.Com.