When biologists say the pacu eats nuts, they may be correct in more ways than one.

The pacu, a toothy fish that can weigh up to 55 pounds, has been spotted in Lake Lou Yaeger in Illinois, KSDK reports.

Responding to a report that a fisherman had reeled in a piranha on June 7, lake superintendent Jim Caldwell brought the fish to the Illinois Department of Natural Resources, where it was identified as a pacu. Some reports say another pacu was seen a couple of weeks later.

Caldwell said he is still swimming in the lake nearly every day. Pacus primarily eat nuts, aquatic vegetation and snails, he told KDSK, and pose no real threat to humans.

Residents of Papua New Guinea may beg to differ. There, according to British fisherman Jeremy Wade, the pacu is known as the “ball cutter.” In 2011, Wade said locals informed him that two fisherman had died from blood loss after something in the water had bitten off their testicles, according to the Metro.

“The locals told me that this thing was like a human in the water, biting at the testicles of fishermen,” Wade said.

Wade determined that the perpetrator was the pacu, which is known for having human-like teeth. The angler did note that such attacks are uncommon, 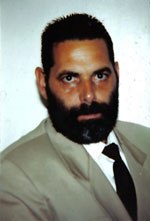