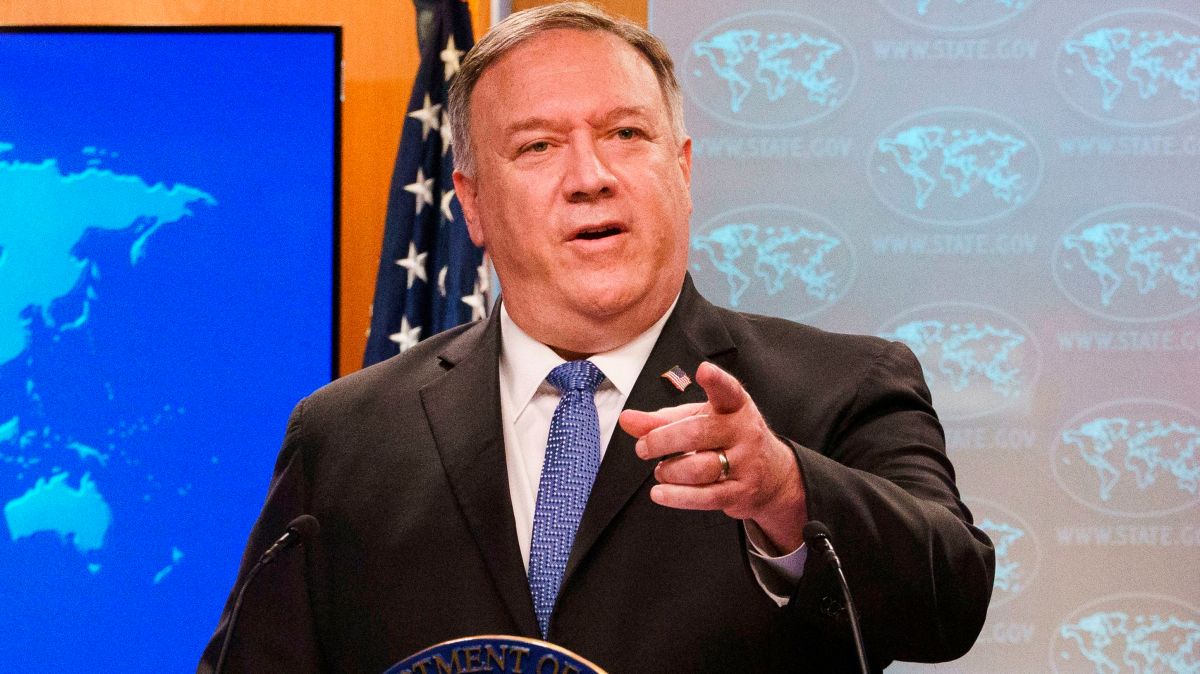 US Secretary of State Mike Pompeo gestures toward a reporter while speaking about the counting of votes in the US election during a briefing, on November 10, 2020, at the State Department in Washington,DC. – Secretary of State Mike Pompeo on Tuesday promised the world a “smooth transition” after US elections but refused to recognize President-elect Joe Biden’s victory, saying Donald Trump will remain in power. “There will be a smooth transition to a second Trump administration,” Pompeo said in an at times testy news conference when asked about contacts with the Biden team. (Photo by Jacquelyn Martin / POOL / AFP) (Photo by JACQUELYN MARTIN/POOL/AFP via Getty Images)