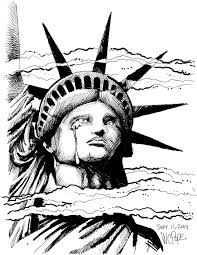 We at The Lerman Report question if there is any Covid Health Crisis at all. What a perfect way to sway and election on one party’s favor…Have An Election conducted under the veil of public health safety in the cover mail in ballots

We said this all along if you can make your way each week to your local  beverage store to get your  supply of beer or to your local wal -mart then you  can get your Kester over to a polling station once in four years.

We hear people saying If I only knew that Bidden planned on doing this I would  have not voted for him.My advice to those who share that thought is do yourself a favor during the next four years try watching some news on the T.V.other than the Price Is Right perhaps pick up a Newspaper  other than the Enquirer..

Bidden plans on killing the American Dream by punishing those who earn  over $400,000 a year..No one on America  should ever be made to apologize for success .We are not Cuba or North Korea .

It seems to us that Fox News has Morphed into CNN.James Murdoch’s wife Kathryn tweets ‘we did it!!!!’ and shares anti-Trump posts after Biden’s win – days after agreeing with CNN’s Jake Tapper that Fox News should disavow Trump’s election fraud claims.

We knew right away on Election Night that something  was askew on the Cable News Networks.  Now even Fox News has changed their tone as they now believe that  Bidden has won and there us no evidence voters fraud. We now hope that newcomers to social media such as Parlor will become an honest broke when presenting other opinions.

Now there may be no outlet for conservatives or opposition to voice any displeasure with  those in office. Social media  has consistently  taken down any conservative Posts that they feel doesn’t fit into their grand scope of what they determine their brand of community standards should be.

Now Bidden wants to Shut America Down for 4 to 6 weeks…That will only serve to help us achieve third world status. How much can the retailers take.We read reports that  nearly all of the national theme restaurants are preparing to permanently  close their doors..and mind you  these are owned by corporate giants…just how much can the mom and pop shopkeepers take.Middle Class Joe is what Bidden likes to call him self these days.

Get ready for D.C and Puerto Rico as brand States adding 2 more  stars to Old Glory all complete with 4 new fresh Democrat Senators .

Get ready four an expanded Supreme Court with at least 5 more Justices enough for the Democrats to pack the court to have decisions lean in their favor.

Get ready for the  Democrats to control booth chambers of the house the Supreme Court and the White House thus creating a dictatorship of sorts.

We have no jobs for what citizen we have right now so why on Earth are we looking for more immigrant population ? Why you ask its because  the Democrat Party is looking to create a class of people permanently indebted  to them for handouts

Be prepared to have open borders and no longer a crime to enter the U.S.Illegaly.Get ready for massive immigration arriving from Arab and Muslim countries allowing Carte Blanche of Un Vetted number of immigrants to enter America  and receive our cornucopia  of Free Bees courtesy of the  Uncle  Sam.

Guess who will pay for all this? Thats right the working stiff.  These immigrants will get SSI ,Deluxe Medicade including Complete Dental coverage,

Child Care,Food Stamps a free apartment  for  6 years plus $1,800 relocation fee per person in their immediate  household.

Germany  as of right now work until 70 years of age for Germany’s Retirement  benefits..they now wars projected to have to work untill the day that they die in order to foot the bill for all this mass immigration.

What are the Democrats really up to? To close down all  business and make  eventually make everyone dependent on the government.At this rate we will someday witness  the Army driving  around in duece and a half trucks throwing food to the public as in the movie Soylent green.

A Step back in our Foreign Policy of Reinstating The Iran Deal. To The Biggest Sponsor Of State Terrorism Giving Iran Billions Of Dollars And A Gateway to a Nuclear Device.

Reopen The PLO Office In Washington Thus Supporting Terrorists Over A Trusted Allie.This Is The Sad Reality Of A Bidden Presidency Heaven Help Us.

HITS ON THE LERMAN REPORT THIS QUARTER… ENDING/