The new Trumps peace plan will be 100% unacceptable to Israel if it divides Jerusalem.. If it reiterates every plan put forth in the last 40 years it’ll be dead in the water right away.If it advocates a corridor connecting The Gaza Strip to West Bank making an indefensible posotion for Israel ln that the case then Israeli & Diaspora Jews will nix it  immediately as capitulation to 70 years of Terrrorism..By introducing this monstrosity of a plan  would imply that  terrorism pays off and the end justifies the means.We said this time & time over “once a side introduces Terrorism as a means to advance their cause come negotiation time the only thing that they deserve is a swift kick in the pants”.

The Palestinian Leadership reneged on  the last 2 Peace Treaties.. First Peace Deal the handing over of  Sinai, and 2nd the handing over  of Gaza and part of Judea and Samaria (West, bank) as a prelude for Further peace..lsrael can no longer trust them for a 3rd time

There’s an old expression “fool me once shame on you fool me twice shame on me”.

When it comes to keeping their word .. The Arabs no longer have any Validity.. Truth of the  matter is that the Palestinians will never accept an Israel if it were only one inch wide and they then would fight Tooth and Nail with every Once and Fiber and Strength to take over that one inch …

Who’s Fooling Who? The International Peace Keepers that were placed in Sinai after The Camp David Accords remain useles..Hamas and Isis are well entrenched there with their Troops & neither the Multi National Force or Egypt’s El Sissi can curb them.

We can see El Sissi’sArmy failing since it’s basically just a Police Force but The U.S.lead International Army is grossly negligent in  not carrying out their function as it was guaranteed as it was laid out in The Camp David Accords.

A 10_20 year moratorium on any Future Peace Deal is in order..

Let the Palestinian Arabs display good behavior for that period ..and if they comply and remain free any Terrorist activity for that time period ..Then and only then can they be trusted..

We at the Lerman Report Editorial Board feel that perhaps Netanyahu’s increased settlement activity is just  smokescreen a brainstorm of his to have some Jewish  population in any future  Palestinian State  that will be a giveaway to a  final Palestinian peace deal.If there’s any truth to that…..THEN THAT IS 100%.UNACCEPTABLE.

Is it Israel’s leadership intendtion to give away Judea and Sameria?Jewish settlers are proud Jews and passionate about being instrumental in building up the Jewish State.If they wanted to settle in an Arab Nation they would  have applied for a visa and immigrated to Jordan  or Lebanon.

..Israel has to be weak militarily right now not to squelch the fiasco playing out in Gaza. However if a deal is struck then  two things are a reality .

2nd .Each & Every Jew have your passports ready pack your satchels gather up your all your Pots & Pans ..Remove your Bubby’s 8×10 from off the wall & get ready to get out of Dodge  & find another nation that will take you in.

Land For Peace in Israel … – The Lerman Report

Israel Must Anex All Lands In Their Possection … – The Lerman Report

In Sinia What Are US & International Troops … – The Lerman Report

EVERYONE NOW KNOWS THAT RABBI MEIR KAHANE WAS RIGHT …

Are Israeli Jews Distancing Themselves Away from American Jews? 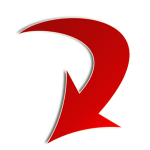